The complete guide to li-ion forklifts 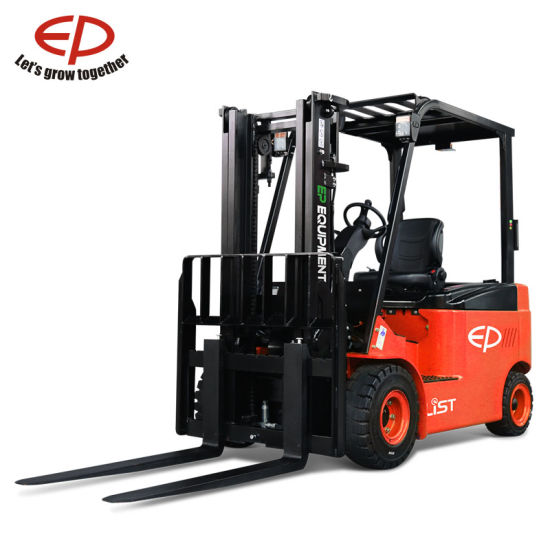 The last ten years have produced an electric revolution in the world of forklift trucks, with more and more of the overall market being taken up by electric motors in a world previously dominated by combustion engines. More than 90% of the under-five-tonne market is now electric, and part of that success is down to improvements in battery technology, most famously the introduction of Lithium-ion batteries. So what are Lithium-ion (Li-ion) batteries, and why are they such a game-changer? Let’s take a look.

Li-ion batteries have been in regular use since the early 1990s, but until recently were most commonly found in small applications such as laptops, mobile phones and other consumer electronics. Lithium batteries were a major breakthrough in battery technology because it allowed them to overcome problems that had long plagued older types of lead acid battery that came before, such as size and capacity. Lithium is the lightest of all metals, but it is also highly reactive, meaning that a lot of energy can be stored in its chemical bonds and slowly released over time. Li-ion batteries, being made of Lithium, are also much lighter than older alternatives, making them practical for a greater range of uses.

WHAT ARE THE BENEFITS?

Forklift trucks have run on electricity for decades, but older models have traditionally used lead acid batteries of the type that you would also find in cars. Improved Lithium-Ion battery technology has improved over the years to the point that it has been scaled up and made lightweight enough to be used to power vehicles such as electric cars, bikes and industrial equipment, and is rapidly taking over the electric market.

Charge speed: Once discharged, Li-ion batteries are also able to regain their charge faster than other kinds of battery. Thanks once again to the excellent conductive powers of lithium, energy can flow through into a Li-ion battery faster than it can into a lead acid equivalent, so it takes less time to charge a battery with a higher capacity than it does to charge an older battery that can’t hold as much energy. Another benefit this confers is that the useful capacity of a Li-ion battery is higher than other kinds. Lead acid batteries, for instance, become less effective as their power levels drop below 50%, while Li-ion batteries remain effective down to at least 85% charge.

Efficiency: One of the primary advantages of Li-ion batteries over other kids is their efficiency. Lithium batteries are able to convert between 95% and 100% of their energy into useful work, where other kinds lose energy as heat or simply leak it slowly into the atmosphere. Lead acid batteries often fall to between 80 and 85% efficiency, while more exotic types found in aircraft commonly experience efficiency of less than 50%. It is possible to use Li-ion batteries more efficiently too. Lead acid batteries require a full 6-12-hour charge to operate effectively, risking damage if they do not, while it’s possible to ‘top up’ Li-ion batteries for as little as 10 minutes regularly throughout the day. This makes them more useful in practical applications.

Environmental: While the advantages of using an electric forklift over a petrol or diesel one from an environmental perspective should be obvious, not all batteries are made equal. Requiring less frequent charging and wasting very little of its energy, the Li-ion battery is considerably more environmentally friendly than other types of battery. While these factors make it more eco friendly during its life, it’s also better for the environment when it is disposed of too. Lead acid batteries are made with poisonous components that can damage the land when they are thrown away, while the components of a lithium battery are largely harmless and can be recycled. This means that it is also safer to use in your business. In the event of an accident, the Li-ion battery does not leak any harmful acids or catch fire, which is much safer for your employees if there is a problem.

WHAT ARE THE BENEFITS FOR YOUR BUSINESS?

Given all the above advantages that Li-ion batteries have over other alternatives, it is easy to see how they can be used by businesses to make their forklift operations more effective. Let’s take a look at how investing in Li-ion battery forklifts can save everything from time and money to maintenance, as well as a businesses’ environmental credentials.

Lower costs: As Li-ion technology has improved and costs have fallen, investing in the technology has become a great way to lower costs in a company’s forklift operation. The most obvious way that this saves a company money is through less frequent and faster charging, meaning that the cost of the electricity required to power your forklift fleet is less. Due to the battery’s higher capacity and greater efficiency, it also means that fewer trucks need to be bought to service the needs of your operation because they can last all day under constant operation, and don’t need to be swapped out when their batteries run out of power.

Less maintenance: The ability to run harder and for longer means that each truck has less downtime and maintenance during its working life than a forklift that uses a lead acid battery instead. Lead acid batteries require essential maintenance at regular intervals to do things like adding water to ensure proper operation, all of which takes man hours to accomplish and removes your staff from other tasks. Li-ion batteries are also easier to charge and can be plugged into simple wall sockets at any time of day, so it is not a special effort to have them charged or remove the batteries for charging.

More flexibility: You’ll be surprised what you can get out of a forklift truck fitted with a Li-ion battery! The extra length of operation time and extra power available because of this type of battery means that it can perform in ways that you would expect of larger and more expensive trucks, it also means a whole new design. The best trucks built around the Li-ion battery have advantages such as increased legroom, increased storage space and lower weight thanks to the battery’s lower weight and smaller size, so these types of trucks can boast far higher performance than older models.

WHAT TYPES OF LI-ION BATTERY FORKLIFTS CAN I BUY?

The number and type of Li-ion battery forklifts continue to increase as more manufacturers adopt the battery technology, and new designs that take advantage of its capabilities are released regularly. Due to their higher efficiency and lighter weight, it is more common to see smaller and more nimble forklifts using Li-ion battery technology, but thanks to their smaller size and weight they can be incorporated into a variety of vehicle sizes.

Stock pickers: Forklifts such as the JX0 from EP Equipment are the perfect example of a truck that uses this technology well and benefits from being smaller and lighter than alternative options. This allows it to fit into smaller gaps between aisles and to be used in more diverse environments, whilst also being safer to operate.

Pallet trucks: Similarly to stock pickers, pallet trucks benefit from Li-ion battery technology in being able to pack far more power into each machine than was possible in the past. This allows it to become stronger and longer lasting without having to increase the vehicle’s size. It can also last longer than those powered by other means, so it can work for the entire day without failing or stopping.

Four-wheel forklift: As well as the previously stated benefits of performance, power and weight, four-wheeled forklifts benefit from being robust and rugged when they are fitted with Li-ion battery technology. Endurance is an important quality in forklift trucks that have to work consistently all day, and sometimes all night, particularly when there are pressing orders to fill and deadlines to be hit. The ability to selectively charge units in order to keep them moving, rather than having to charge them on a full cycle, means that they won’t let you down during an important time. They are also sturdier and more reliable than lead acid models because of their lower weight and complexity, so they have longer lifespans and more time between maintenance than alternative sources of power.

All in all, Li-ion battery technology is the future of battery technology in the forklift industry. Thanks to advances in battery technology, they are able to deliver exceptional power and performance when compared with lead acid batteries and other forms of power. A variety of advantages in many areas, including better capacity, slower degradation, better flexibility, lower charging times and lighter weight make them the obvious choice for any future investment in your forklift truck fleet.

To find out more about how to add a li-ion forklift to your fleet, get in touch today.

We use cookies on our website to give you the most relevant experience by remembering your preferences and repeat visits. By clicking “Accept All”, you consent to the use of ALL the cookies. However, you may visit "Cookie Settings" to provide a controlled consent.
Cookie SettingsAccept All
Manage consent

This website uses cookies to improve your experience while you navigate through the website. Out of these, the cookies that are categorized as necessary are stored on your browser as they are essential for the working of basic functionalities of the website. We also use third-party cookies that help us analyze and understand how you use this website. These cookies will be stored in your browser only with your consent. You also have the option to opt-out of these cookies. But opting out of some of these cookies may affect your browsing experience.
SAVE & ACCEPT